The History Of Pole Dancing – Where It All Began

Our strippers in Budapest are some of the best pole dancers you will ever get the pleasure to watch. However, this is not a new phenomenon. Pole dancing began long ago, over 800 years ago in fact! Let us take you through the history, so you can appreciate this art form in modern times.

There is no actual proof of when pole dancing really started. There are a few theories, which we will explore, then we’ll leave it to you to decide where it all began!

One theory suggests that it started in African tribes, where women used to dance for their potential husbands around a pole. They would demonstrate the act of sexual intercourse as a way of enticing their men. Another theory is that it began in Medieval Europe. In much the same sexy way as the Africans, women of the Middle Ages were thought to use a pole to attract the man of their dreams!

It isn’t all about sex though. Mallakhamb was a form of Indian dance where men would use a pole to perform acrobatics as part of their training. Another possible origin of the dance is Chinese pole climbing, where, in much a similar way to Mallakhamb, men would use two 6-meter high poles to perform and train on.

A dance that is closer to what we see today, the hoochie coochie was a craze that started in the 1920s. When circuses performed during the Great Depression, girls would dance on the poles that supported the stage. They would perform sensual and provocative dances, giving the audience a rather raunchy show back in the day!

The pole dancing continued and really came into its own in the 1950s, when Burlesque dancers took to the pole and made it their own. From that moment on, pole dancing has been synonymous with stripping and sexy dancing.

The oldest pole dancing as part of a striptease show was recorded in 1968 at the Mugwump club in Oregon, USA. From 1980, stripping and lap dancing moves were being incorporated into pole dancing routines and the pole really began to take off. The US and Canada were the first countries to take notice and pole dancing became extremely popular.

In Las Vegas in the 90s, a Canadian woman by the name of Fawnia Mondey, started to teach pole dancing as an art form. She was the first to create a fitness video using the pole and pole dancing has been used as a form of exercise both in a sexual and non-sexual way ever since.

Pole dancing competitions are becoming very popular these days, some people are even saying it should be an Olympic sport!

The best place to see a stripper pole dance in Budapest is at 4Play Lounge Strip Club. Our girls are fit, trained and know exactly what to do with a pole! Pole dancing takes place every night, so you can ponder how and why this weird and wonderful activity came into being as you feast your eyes.

What you can read next 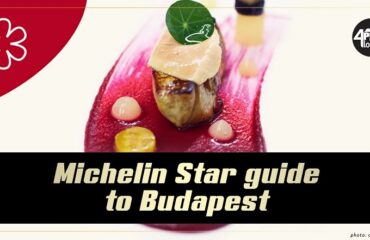 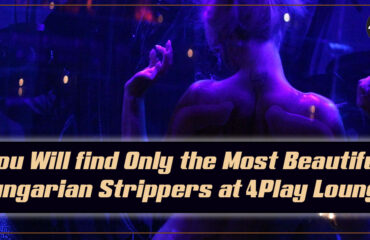 Check Out The Exclusive VIP Rooms At Our Club – 4Play Lounge

If you decide not to use our Free Taxi service please be careful with taxis from the street. Many will try to take you to another club in Budapest, where you may easily get ripped off or worse.

Jan Persvold
01:20 27 Jan 20
Polite and welcoming at entrance. Girls were beautiful and engaged in their... perfomance. Prices are pretty good. Professional venue. Would recommend!read more

Aurélien
20:34 14 Jan 20
We spent our evening of December 30, 2019 at 4Play Lounge and it was a great time. The... staff are pleasant and not intrusive. And what about the dancers? just wow. Very good time at 4Play Lounge.read more

Arnaud Ganet
18:16 02 Jan 20
The top of the Stripclub in Budapest. Very welcome, very clean and in addition the... girls are numerous, very nice and there is something for everyone !! I highly recommend this address !! I have done others in Budapest and I can tell you that you will be delighted !!🤩read more

Alana Nokony
00:02 28 Dec 19
What a fantastic time! The staff are so friendly and helpful. A classy energetic vibe at... this place. 100% would recommend coming here if you are in Budapest. A lively atmosphere with good drinks and entertainment. Something for everyone to love :-)read more

Guy Trakht
03:33 10 Nov 19
After a dispute with the host about the free ride with the taxi company (according to the... website) got fully paid , abd had an excellent timeread more

Austin Wallace
23:04 20 Oct 19
This place was great! The women are beautiful and not pushy. A few sat down with us for... small talk, which added to the wonderfull atmosphere. I want to give a huge shout out to Leena, she is just amazing, and the sweetest gal! What a great night!!read more

Kevin P.
16:13 12 Sep 19
It's a real pity I got insulted by a girl for no reason when I left the bar (she probably... had a bad day but it's not my problem). Please make sure that your customers are treated with some respect at least. The girl in question is short and blond, she was working on Sunday night (till Monday morning) and was waiting for a taxi at the closure. Edit (after the owner's answer below) : Yes, I "followed" her for 5 sec to get back the cigarette she stole from me after I simply asked her for a light, and nothing else, and after she insulted me. It should be visible on the record, and an employee working at the reception witnessed it (she on the contrary was nice and smart). There is no "metoo" or fatigue excuse for such a behavior, I'm sorry.read more

George Shashati
23:48 08 Jul 19
Haven’t tried any other places in Budapest so I can’t compare it to other clubs but... for a weekday, it was kind of boring. probably would be much better in a weekend. Staff were good, dancers were okay, nothing spectacular.read more

Jhinga Lala
22:12 18 May 19
It's an amazing experience being here. The place is very near to 5 star hotels and the... staff is very courteous in providing clarity. Entertainment is superb. All the staff and the entertainment team were very impressive. Only recommendations for the bartender and Security staff is to act more friendly which will make the guests very comfortable. Handling customers with honest professional attitude will prove much positive in providing customer service by you. Great service... Cheersread more

Patryk Zak
15:35 05 May 19
Great place to have a lovely night. All staff are polite and friendly. As soon as we... entered we were explained what we can do and what options are available to us. All people were very helpful and made us feel welcome. The girls are great and are not pushy like in other places. We only visited with intention to stay for a couple of hours but instead we stayed until they closed. Had a really good time and they really made it a great experience. Thank you !read more

Mars K.
19:31 15 Apr 19
Amazing strip club! The staff was extremely kind to us..after a small talk with the staff... in the entrance, we were guided to our seats which was in a very good spot. The girls were joyful and playful and very good looking. A lot of girls came by our seat to offer us a private dance but when we declined their offer, they kindly greeted us and went away.We didn't feel annoyed by this. Also, good music and atmosphere. Strongly recommended!read more